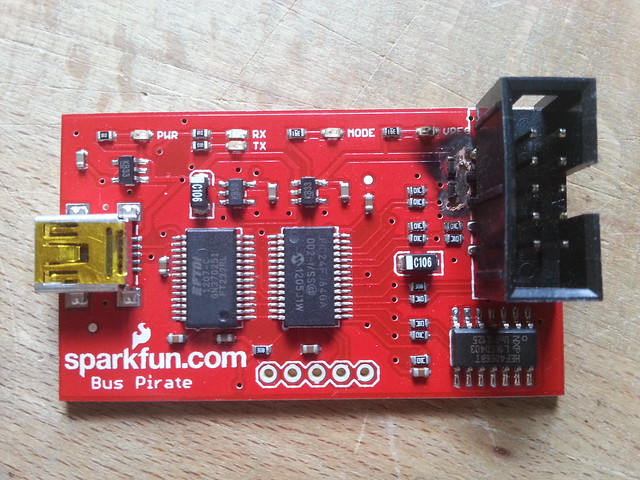 I did something dumb. And expensive. And potentially dangerous. I blew up my laptop! How did I achieve this amazing feat? By connecting a Current Cost Individual Appliance Monitor to my laptop via a Bus Pirate (note the burnt patch of PCB on the top right of the photo!). I took care to make sure I was connecting the correct SDI lines, just as I had successfully done when sniffing data from my EnviR.

So why did I blow my laptop by connecting to an IAM?

The IAM’s circuit board doesn’t connect to the mains earth connection but I’m pretty sure that my laptop connects ground to mains earth. So I think the the IAM’s ground connection is allowed to float many, many volts above earth. The end result was a big bang, a dead laptop (currently awaiting a new motherboard costing several hundred pounds), a dead Bus Pirate and the event caused the mains ring’s RCD to trip; again suggesting that current was allowed to flow to earth.

Note that the mains earth is not connected to the IAM’s circuit board. DON’T DO WHAT I DID AND TRY TO HACK THE IAM UNLESS YOU REALLY, REALLY KNOW WHAT YOU’RE DOING! Risk of electricution! 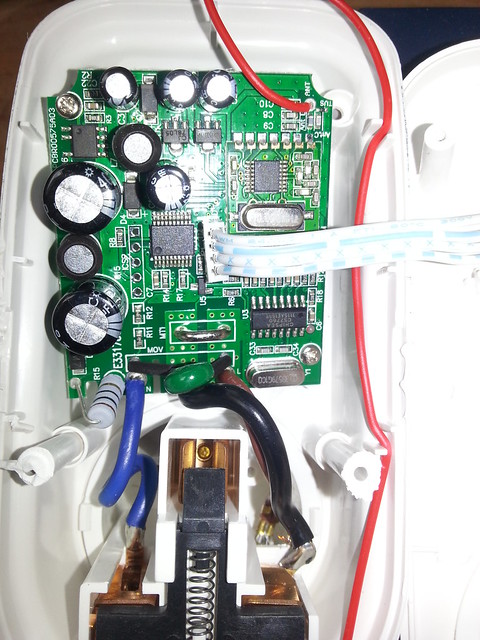 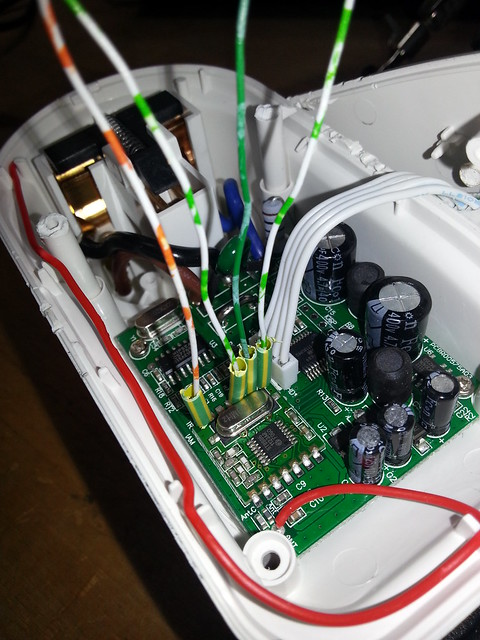 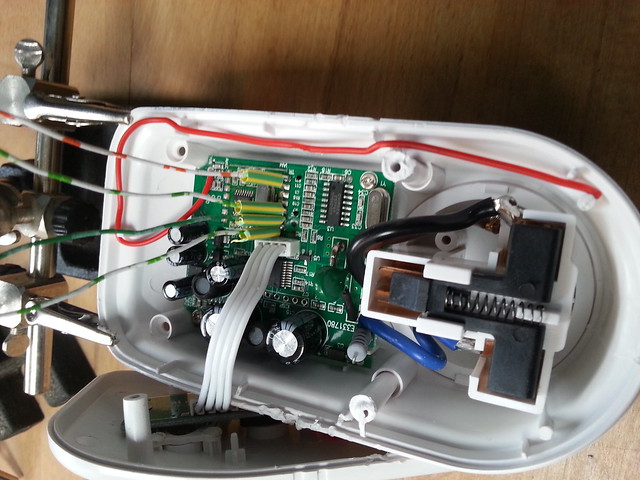 How to avoid this nasty event happening again? I bought an optocoupler which should allow me to isolate the target device being sniffed and the Bus Pirate. I bought the Avago HCPL-090J-000E optocoupler (£8.79 from Farnell) which is nice and fast. And an SMD adapter. Some (most?) optocouplers would struggle to keep up with an SPI clock of several MHz.

The optocoupler soldered onto its SMD adapter: 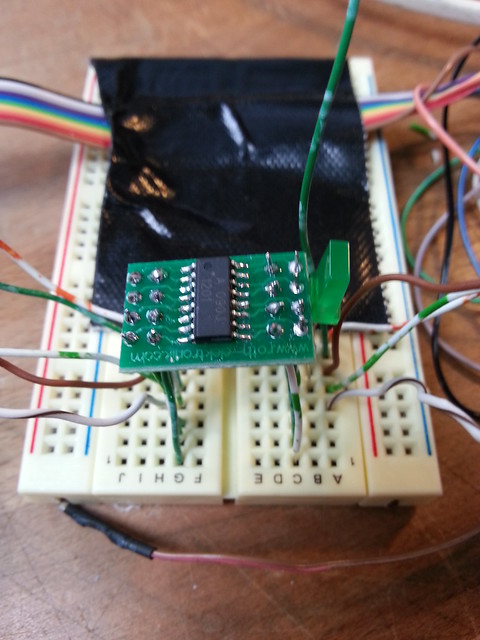 Whilst awaiting my new laptop, I’ve resurrected an old Athlon X2 machine; installed Ubuntu 12.04 on it and, after replacing the heatsink that had fallen off the CPU, and upgrading the graphics card to one that can handle Unity’s effects, I now have a working development system again. (Yes, all my work was backed up from my laptop.) It’s rather frustrating because I’m already a bit behind schedule. Never mind. It could’ve been worse. I could’ve electrocuted myself :/

The back of my blown bus pirate: 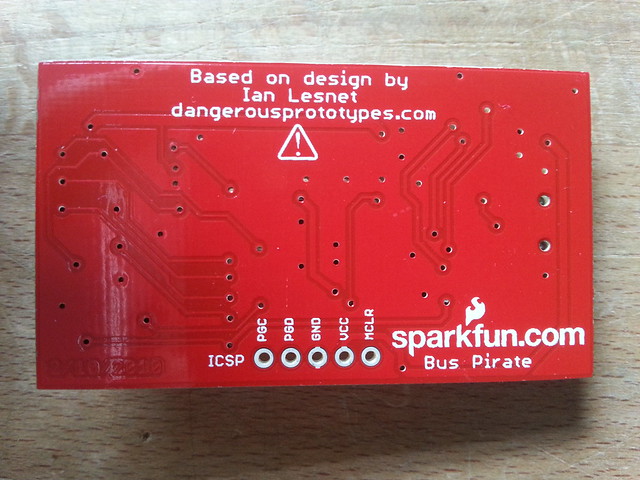 My lethal hacked IAM. DO NOT TRY THIS AT HOME! 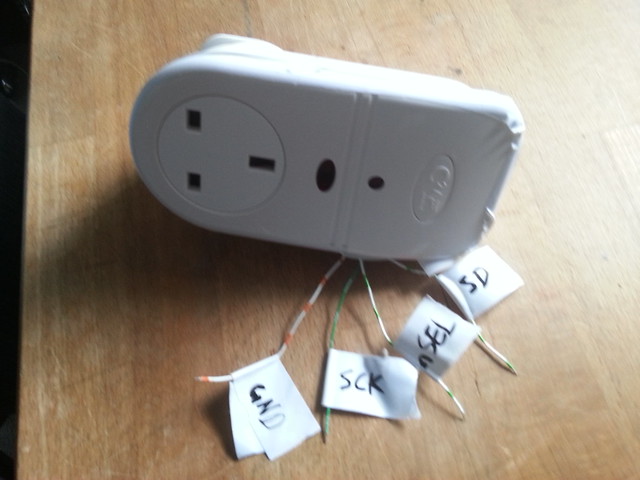