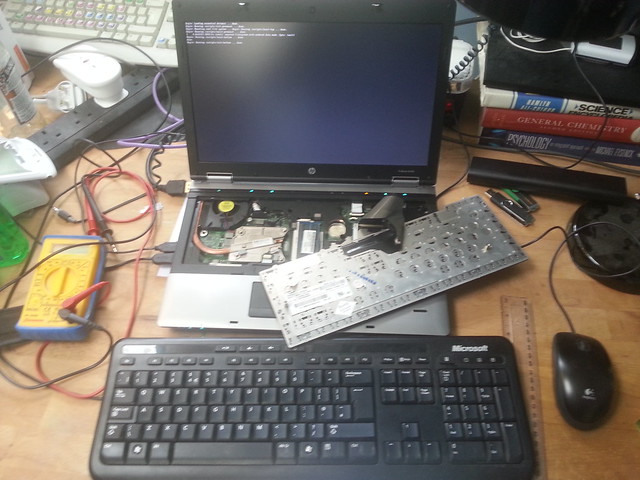 I have an HP ProBook 6450b laptop which runs Ubuntu 12.10 and Windows 7. It had a tedious and potentially expensive problem: when running Linux, the CPU fan would fail to turn on until the CPU temperature reached 105℃. This was dangerously hot. I wrote about the problem in detail on the Ubuntu Forum, including links to my conversations on the linux-acpi kernel list.

After spending about a month trying to find a software fix for this problem, I decided it was time to get the soldering iron out to fix the problem. Here’s what I did:

(disclaimer: I’m not even vaguely qualified to tinker with laptop hardware. I’m just some dude from the internets. I hacked together a solution which worked for me and I’ve done my best to report what I did in the hopes that this solution might work for others. If you break your laptop trying to follow these steps then I’m sorry but I can’t be held responsible.)